Welcome to the PAC Global Leadership Awards Innovation Trends update brought to you in partnership with UK packaging innovation consultancy, ThePackHub. We have hand selected five packaging innovation highlights that we think are deserving of mention and will pique your interest. Look for more of these in the coming weeks!

A New Direction on a Classic Label 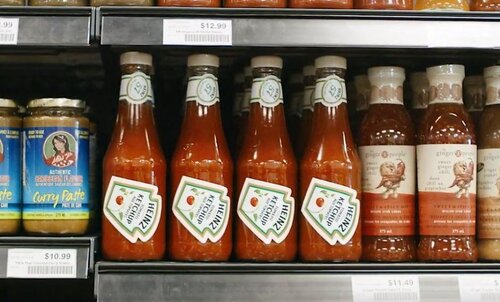 Heinz have often got marketing mileage out of how to pour their leading ketchup out of their iconic glass bottle. Heinz Canada has taken things in a different direction by using packaging to help consumers pour the contents. The business has created a cheeky execution that uses the pack labels to help consumers to more easily pour ketchup. The tilted stickers help to get the sauce to optimally flow when the labels are shown to be standing upright. The position guides consumers to hold the bottle at 45 degrees, the apparent ideal angle to pour Heinz ketchup. The Pour-Perfect bottle have been created by Rethink Canada and will be tested in Toronto. We’re not sure if a left-handed version is still at the drawing board… 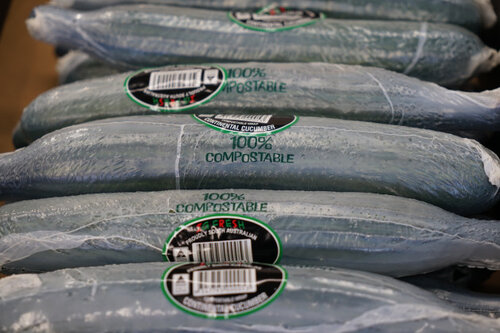 The plastic wrap used to extend the shelf life of cucumbers has been held up as the example for debating the virtues of plastic used in packaging. Pro parties claim the material adds vital days to the life of the product whilst detractors claim the single-use unrecyclable material should not be used. South Australian produce business IG Fresh Produce and packaging company Peak Fresh have made the debate slightly harder with the development of a 100% biodegradable compostable cucumber wrap. This has been developed for use by independent supermarket business, Drakes Supermarkets in their 38 stores in South Australia and replaces the traditional shrink-wrap. Claimed to be a game changer for the supermarket and grocery industry, the product development took 12 months. Future plans for the biodegradable and compostable wrap include other fresh fruit packaging and meat products. Following the Drakes Supermarkets trial the plan is to make the product available to other supermarket chains.

Seeds and Peels and Wraps…Oh My! 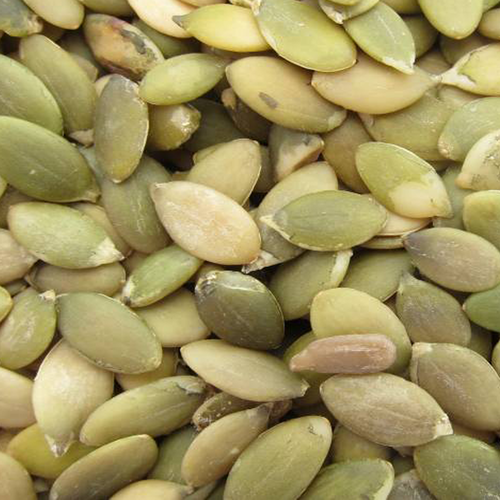 Work is ongoing to convert commercial pumpkin waste into a biodegradable packaging film that could one day replace plastic food wrap. The pumpkin industry creates waste via the peel and seeds that are not consumed. Researchers from Tezpur University in Assam, India ground pumpkin seeds into a powder and mixed with water. Ultrasound was used to break down the polymers. This was then plasticised by creating an emulsion with glycerol. Calcium chloride was added to give the film added strength. The research team are working on varying ratios of peels to seeds and discovered that the strongest film was produced by using an equal ratio of pumpkin seeds to peel. The film could be used for food products such as bread, cakes and confectionery. The full findings of the study were published in the Food and Bioproducts Processing journal.

The move to replace plastic in consumer good brands continues at a pace. Coca-Cola has a policy to reduce the amount of the material in their business and has announced that they will no longer use plastic shrink-wrap on can multipacks sold for the UK market initially and rolled out to Europe. A transition to recyclable cardboard will take place over the next 18 months across their range of carbonated soft drink brands. Four, six and eight packs of cans will be packaged in 100% recyclable, sustainably-sourced cardboard. The move will remove 4,000 tonnes of plastic from circulation. The shrink-wrap being replaced is already recyclable, but only approximately 10% of UK local authorities currently collect the material. This compares to just about all (98%) of local authorities collect cardboard. Multipacks of 10 cans are already collated in cardboard. See also Recyclable cardboard sleeve to replace plastic wrap for leading beer brand. 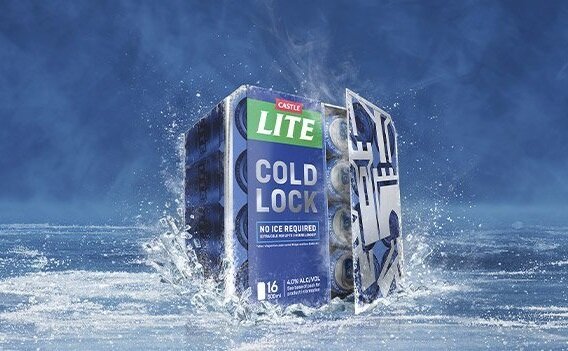 It is well-known that beer taste significantly more refreshing when served at sub-zero temperatures. The industry spends millions on advertising every year encouraging consumption of their brews in these ideal conditions. Africa’s biggest premium beer brand, Castle Lite is using secondary packaging to help keep beer extra cold for an additional three hours perfect for those out-of-home drinking occasions. The Cold Lock innovation was four years in the making and has been tested to be the only product in the world to keep beer extra cold in this way. The claim has been verified by verification and testing company SGS South Africa. A sample of Castle Lite 500 ml cans was placed in the Cold Lock packaging, while an identical sample was placed in normal shrink packaging. The results of the tests proved that Cold Lock keeps beer extra cold for three hours after refrigeration without the use of ice. Cold Lock comprises minimal plastic and is made mainly from corrugated cardboard. Double flute laminate lines the entire inside of the packaging, which provides an added layer of insulation. This prevents heat from being transferred whilst keeping the Cold Lock exterior from getting wet. Cold Lock is currently exclusive to the South Africa market

These innovations are a selection of nearly 3,500 uploaded to ThePackHub’s Innovation Zone database. If you like to know more about a subscription, please let us know.